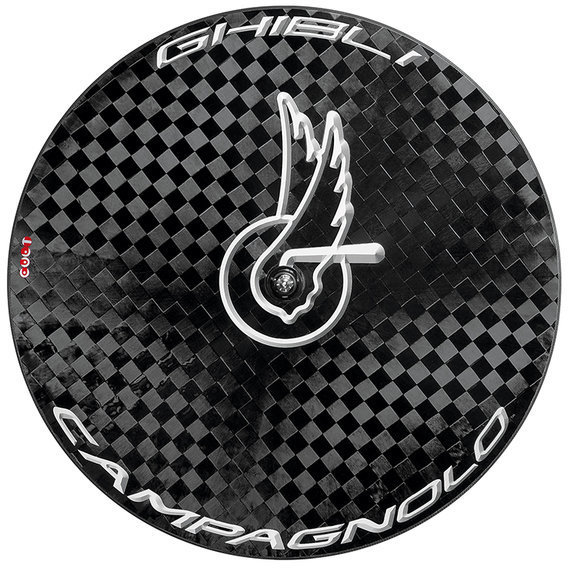 Campagnolo is quite proud of its glorious track record with the Ghibli disc wheel, the very first tenso-structure wheel ever introduced in the cycling world.

Despite the fact that the Ghibli was still very competitive with newer models, the R&D department at Campagnolo sought to take lessons from this iconic wheel and build upon them in order to produce the next generation of extreme performance.

Incorporation of carbon fiber throughout in addition to completely new construction techniques give the new wheelset an ultralight build while not sacrificing its performance attributes.

Not only have these wheels passed strict lab tests, they have already played a key part in numerous track victories such as Alex Dowsett's Hour Record in 2015 and Filippo Ganna's victory at the world championships, not to mention in the Canadian and British national championships and the Olympics in Rio de Janeiro.

* Subject to change without notice.